The Red Wizards Faction Pack expands your games of D&D Onslaught with a scheming and nefarious faction comprised of powerful spell casters and their martial allies. The Red Wizards have a number of characters capable of summoning minions like skeletons and shadowy hounds to their aid. Summoned creatures are represented by tokens, but could also be represented with miniatures bought separately from WizKids’ D&D miniature lines.

Faction Packs are a perfect entry point to start collecting a new faction that will be supported with additional characters and content in the future. You can choose this faction in place of one of the two factions included in the Core Set. 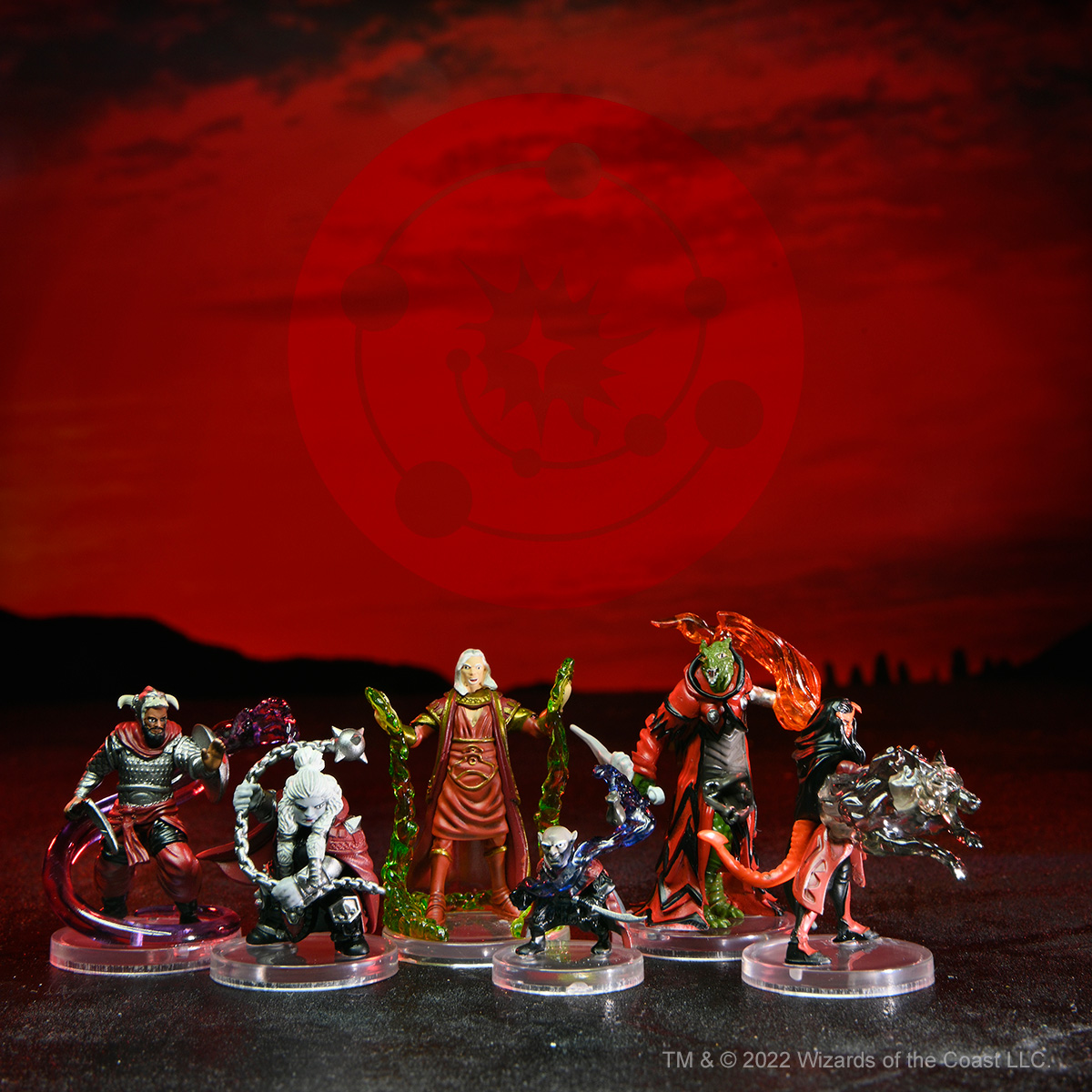